The final stopover was in Oslo - home of the Vikings. When I was very young my best friend went to Norway on a skiing holiday and visited Oslo whilst she was there - since then, the city has held a fascination to me. This, combined with my interest in Vikings and Norse religion, made Oslo my most anticipated stop on the cruise. 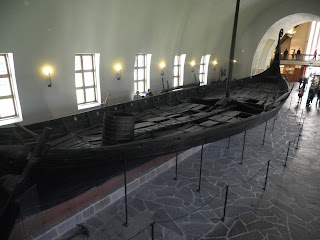 The first stop in Oslo had to be The Viking Ship Museum. It is located on an island off the coast of Oslo called Bygdøy. To the left is the Oseberg ship, which was built in 820AD and used as a burial ship for a rich and powerful woman, the ship has never been fully restored. 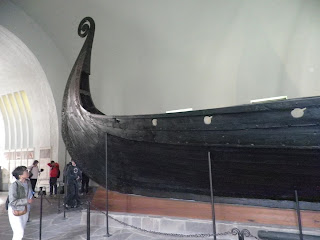 These ships were amazing to witness, the detail is outstanding and imagining a group of strong men using these boats to travel from Scandinavia to England all those years ago is incredible. It was a mammoth task which was completed because of their Earls ambition - a huge risk at the time, but one that came with massive reward. 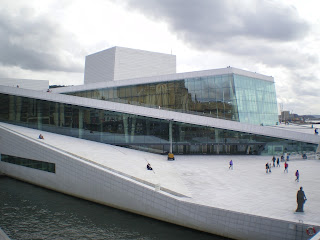 The Oslo Opera House is an innovation in design with the exterior made purely of marble. The surrounding bell tower, cathedral and city hall have a very different aesthetic design. 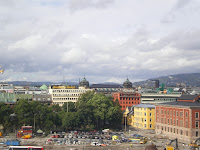 The strong white contrast in the city created a very modernistic and contemporary feel to the building. From this building we were able to obtain spectacular views across the low sky-line of Oslo.