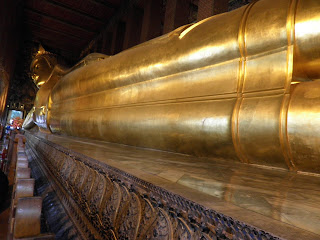 After traveling from Cambodia to Thailand the difference in poverty was obvious. In comparison to Cambodia, Thailand is a very rich country - they have roads instead of dirt tracks, the buildings are more ordained and ostentatious and the motor transport is of a much higher calibre. 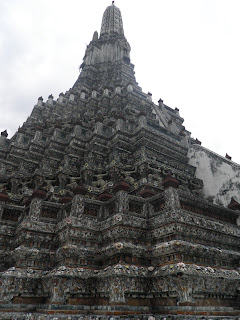 The temples in Thailand were full of statues of Golden Buddha's including the Giant Buddha in Wat Traimit. This temple is located in the temple district alongside Wat Pho and Wat Arun featured below. 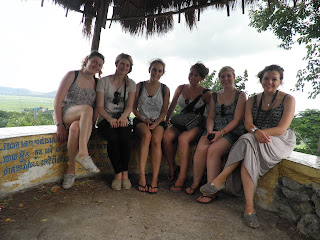 After our volunteer work in Cambodia had ended we were able to explore parts of Cambodia. The area we stayed during our project was called Battambang. At weekends and in the evenings we spent our time looking around the local area and visiting tourist sites. On one evening we went to the carnival - initially i was very against the concept of going to the carnival, who wants to see innocent animals tortured? This, however, was not an animal carnival but an acrobatic display of Cambodian performers. The show was magnificent and resembled the Cirque Du Soleil.

At the weekends we went to the local killing caves - as advised by the gentleman we stayed with. This was a horrible time in Cambodian history under the Khmer Rouge Regime - a time that still haunts many of the people living in Cambodia. Due to this terrible government 50% of the current population is under 22 years old. 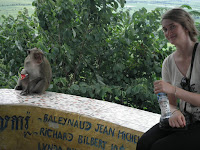 These caves were a haunting place with much history surrounding them and they deserve to be mentioned here for how fundamental they are to Cambodia as a country today. Near the killing caves was a mountain where many fields of Cambodia could be seen and many monkeys could be met. 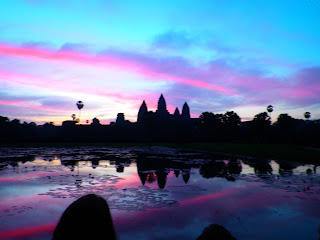 Siem Reap was the next place of visit. This is a highly touristy town due to the Angkor Wat complex. 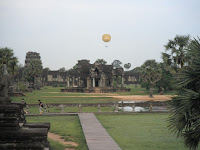 Angkor Wat is a temple complex and the largest religious monument in the world. The temple is a symbol of Cambodia and appears on its national flag. We reached Angkor Wat at 5.30am so that we could watch the sun rise over the iconic building. The rest of the day was spent travelling between temples via Tuk-Tuk in order to see as many buildings as we could - or in my case, climb as many buildings as I could. 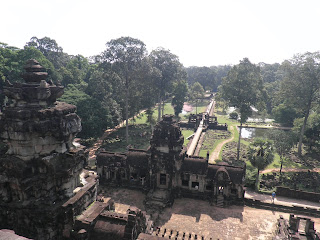 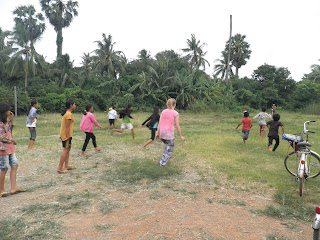 Volunteering in Cambodia was a life changing experience - I know the cliché, girl travels to third world country and comes back a changed person. This, however, wasn't why this experience was life changing. The school we worked in was poor. When we arrived it didn't have running water and electricity is a commodity that will never reach the school, at least, not in my lifetime. We were tasked with connecting a local water pipe to the school so that the children would be able to wash their hands after they use the bathroom (with no flushes). 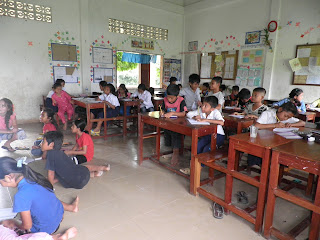 Initially I was concerned about working directly with the children - what if I (an english person with scarce knowledge of their culture) offend them, what if they don't like me? As a result I threw myself directly into the pipe project. Dig trenches from the existing pipe, that passes near the school, to the sinks: easy. Only later that week did I begin to teach the students. I started in the 'reception' class where no student spoke English. Here we drew pictures and learnt the alphabet and numbers. By the end of the second week the reception class were experts in 'Heads, Shoulders, Knees and Toes'.

At the beginning of the second week the library redecoration project was ready to begin - the room had been emptied of rubbish and the furniture that the school was planning on keeping was stored in the middle. The walls were to be sanded down and given a couple of base coats in white. 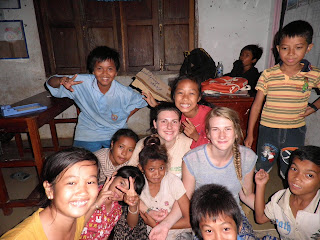 Meanwhile, it was my turn to teach the third class - students around the age of 11. This 'summer school' wasn't just for the students of the school but for children in the surrounding area also. This class had a range of children - some that came from richer backgrounds and went to the 'American Schools' in Cambodia and some they may never have been to school before, but instead supported their families by working in the fields. This class was much easier to teach. The students wanted to learn English - they loved the fact we were there to talk to them. The students that couldn't speak any English were able to use these students to translate and to help them learn. But the most common feature of this class was how happy the children were.

Many students in England detest going to school, others hate it, some don't mind it and a few like it. Some students don't even turn up when they have the chance. I was always a student who enjoyed school - I enjoyed learning, being challenged and spending time with my friends. The contrast of an English upbringing to that of the children in Cambodia was heart-breaking. These children walked or cycled several miles each day to come to this school and learn from us. They enjoyed it. Working with us and being with us brought them genuine happiness. The life changing part was seeing how happy these children were - they looked forward to coming to school and seeing us and they enjoyed the amount of time they got to spend with their families. They had fake iPhones which allowed them to take pictures and send messages. Portable speakers where one student played Maroon 5 on repeat. They didn't need the new expensive handbag or newest toy for them to enjoy what they were doing. This wasn't what I had been expecting. 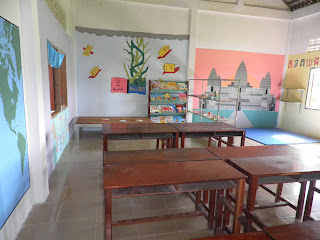 The library was planned and finished with each member of the team fulfilling their duties. It was painted and decorated to the school's standards and requests. The students had two days in that library once it was completed before we left - they loved the books that we brought for them and the colours in the room (a sharp contrast to every other room in the school).

It was rainy season whilst we were in Cambodia and large storms would suddenly appear. At the end of our second week the biggest storm we had yet experienced arrived. As a result, we had to close the windows of rooms to protect the classroom. As the school didn't have electricity, this made the rooms very dark! Many of the students were afraid of this storm, so instead of teaching my class held a disco. Soon other students heard the fun and shortly after the entire school was sheltering together in one classroom. 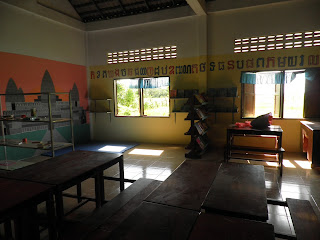 On our final day of the project we held a sports day where the school was split into four teams with team leaders from the volunteers. In the break between morning and afternoon sessions, most of the children would return home for lunch. When they returned after lunch they returned with gifts. Although these students owned much less in material wealth than any of the volunteers, they were more than happy to give us their bracelets and toys to show their appreciation for our time together. This further shows the divide with western cultures. The sorrow many of these children felt and the sadness I felt upon leaving really emphasised the bond that can be made across nations by people that are willing to make it.