A sneaky trip away to celebrate the end of Christmas exams! 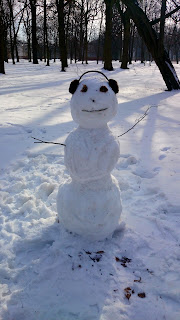 A week before we arrived in Warsaw began the beginning of a cold spell leaving the city at -16 degrees and coating everything in a couple of inches of snow. By the time we arrived, the temperatures had increased to 0 degrees, but the snow remained!

In the large parks the snow still looked practically untouched! As a person who hadn't seen snow in a couple of years, there was only one thing to do - build a snowman. On the right is Sammy the Snowman in all his glory. He took a long time to build, but he was definitely worth it! 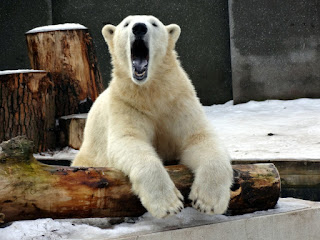 After crossing the bridge over the frozen river we came to Poland Zoo which cost under £1.50 to enter. Here we saw a range of exotic animals which is far superior to that of even Bristol Zoo. 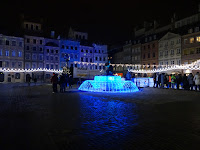 Old town square didn't rival that of Prague but it did still have an open ice rink. Snow fall was projected onto the walls of the square creating a very christmasy feel! 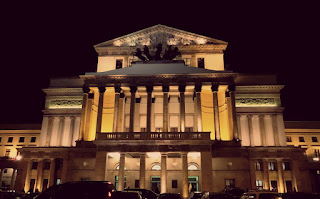 Not too far from Old town square is the National Opera House where we saw the modern ballet 'A Midsummers Nights Dream'. This form of ballet definitely differed from the 1962 version based on classical ballet with a more modern take and use of stage effects. 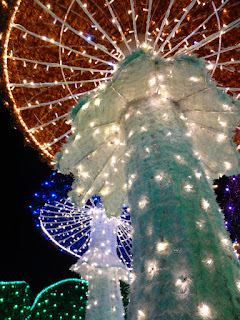 A few miles outside of the centre, there was an old castle with light shows in the garden to musics such as Pachelbell's Cannon and an Alice in Wonderland themed maze. These light shows were worth the travel to reach them - we were only disappointed we didn't come earlier in the day to see the amazing castle where these gardens were based.

Of course a night out in the cold wouldn't have been complete without our daily E.Wedel Hot Chocolate - made of only the finest chocolate!