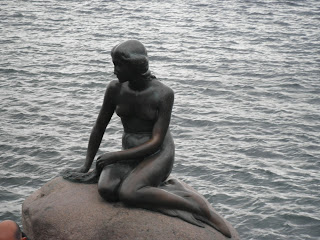 Copenhagen is the capital and the most populated city in Denmark. It is also home to the 'Little Mermaid' statue, sculpted as a tribute to Hans Christian Andersen. She has been classified as an iconic statue alongside 'The Statue of Liberty' and 'Christ the Redeemer' but, in my opinion, she has far less impact on the viewer than either. I understand that Hans Christian Anderson is iconic, the original writer of one of the best known Disney films, a famous Dane - but the tribute to him is, in itself, disappointing and highly over-rated.

Connie Neilsen -
If Copenhagen were a person, that person would be generous, beautiful, elderly, but with a flair. A human being that has certain propensities for quarrelling, filled with imagination and with appetite for the new and with respect for the old - somebody who takes good care of things and of people. 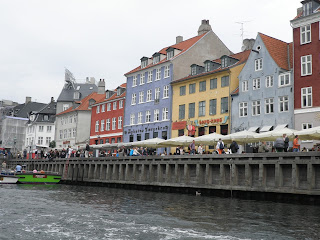 Nyhaven - one of the most recognisable areas of Copenhagen - is home to a collection of coloured houses alongside the waterfront. From this harbour many boat excursions depart, allowing witness of Copenhagen from the sea and from the cities canals. The Danish author - Hans Christian Andersen - lived here and his house is memorialised with a simple plaque. 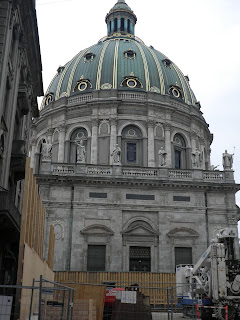 The Marble Church, or Frederick's Church, is a notable building in the Frederiksstaden region of Copenhagen. Its Rococo architecture and large dome (31m and the largest in Scandinavia) was probably based on St Peters Basilica in Rome. This building acts as a central point of the city and allows you to find your way around. However, the streets of Copenhagen are easy to follow and don't provide much in the hope of getting lost. You shouldn't let this point put you off, the streets are beautiful and have a wealth of interesting shops and local cafes.

Before travelling to Copenhagen, I heard the rumours that the coffee is expensive and you can not afford the beer. After spending a short amount of time here, I quickly understood that these rumours are not the truth - the prices resemble those of England, not those of Switzerland! 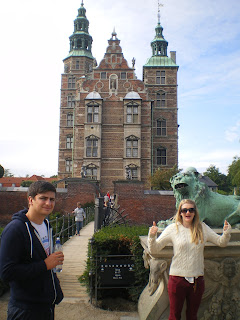 Rosenborg Slot is a renaissance castle built by Christian IV in 1605 and used as a royal residence until 1705. Today it features period rooms and homes the Danish Crown Jewels.