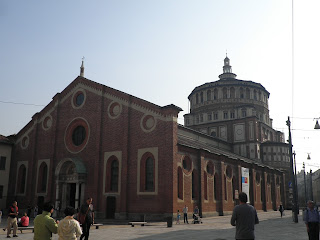 Milan is home to Leonardo Di Vinci's 'Last Supper'. To the left is the building where this iconic painting is housed. After almost being destroyed in the second world war (thankfully it was preserved due to much protection being placed around it) its now preserved with the highest level of care including a room where dust is sucked out from the air and clothing of those entering. The painting really is spectacular and much bigger than I thought! 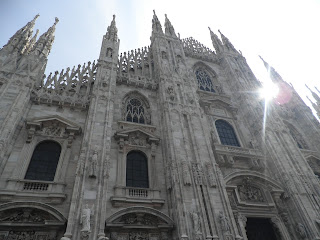 The Duomo of Milan is the fifth largest in the world and took nearly six centuries to complete. It is made of Candoglia marble. Unfortunately the surrounding piazza is full of con artists trying to trick you into owing them money and following you about, but if you are prepared it will be fine. 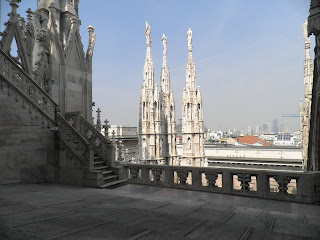 The roof of the Duomo is open to explore and just as amazing to look as the front. The roof gives excellent views of Milan and one is able to view the tower structures close up. Next to the Duomo is the Vitorrio Emanuele - one of the worlds eldest shopping malls and built as a tribute to the first King of Italy. 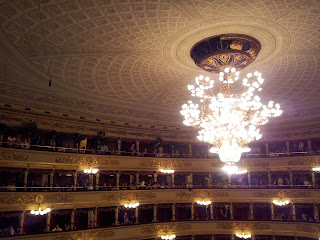 The Teatro alla Scalla has the finest acoustics in Europe and it is Italy's most famous theatre. At this theatre i saw Onegin - but after purchasing cheap tickets, only half the stage was viewable! However, viewing this fantastic opera house was definitely worth the money.