The 25 hour train journey definately sounds worse than it was. There were mini cabins through the train, each with 6 beds - two bunks of three. The beds definately had enough room to sleep soundly on, but the bed mattress must have been made of concrete, it was so hard! I woke up with a back that was even sorer than the hot cupping. The time went pretty quickly and soon we had arrived in Chengdu.

Our afternoon was spent getting a feel for Chengdu - it has a much more cosmopolitan feel than Yangshuo, with many high rise buildings and western shops. Less people here speak English than in Yangshuo though and as a result finding vegetarian food alone is a nightmare! So much so that we played it safe and ate Pizza Hut. In the evening we had our first mandarin class - Jim taught us so many new words, and specifically taught me how to find vegetarian food in China! 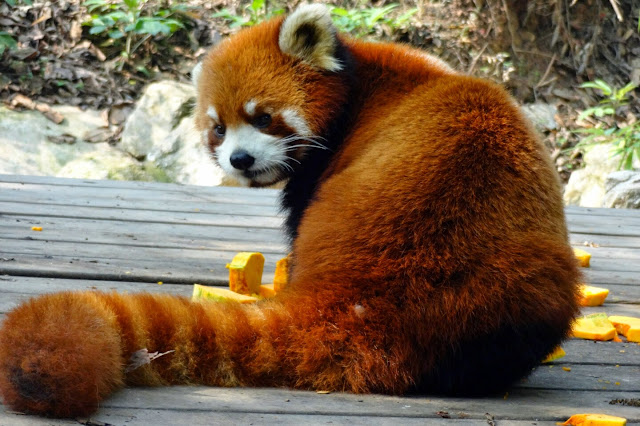 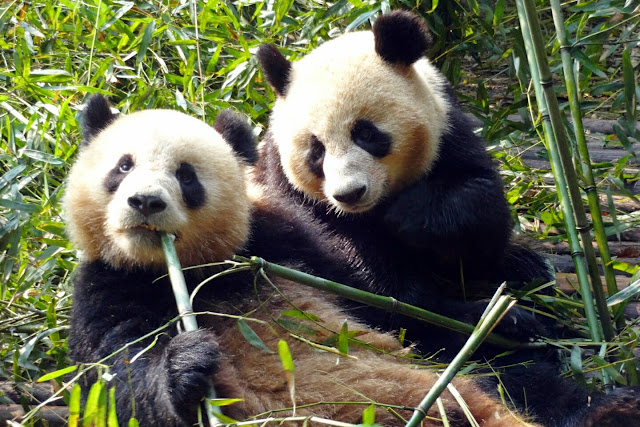 First full day in Chengdu is Panda day! Chengdu is the natural home of the Panda in China and now houses the largest Panda Research Centre in the world. Here they have over 120 of the worlds 1000 Pandas and they artificially breed and rear Panda cubs. The Panda's are amazingly cute, in particular the panda cubs. However, the level of effort to keep this ancient breed alive is staggering. The pandas need to eat for 18 hours a day to keep their digestive system working and can only breed for two months a year. Unfortunately for the conservation centre, the pandas aren't interested in breeding during this time and most of the pregnancies are artificially induced. This means the Panda population is being forced to recreate, rather than doing so naturally with help from mankind. Whilst there, we also saw the red panda which looks a lot smaller than the giant panda, but still as stocky! 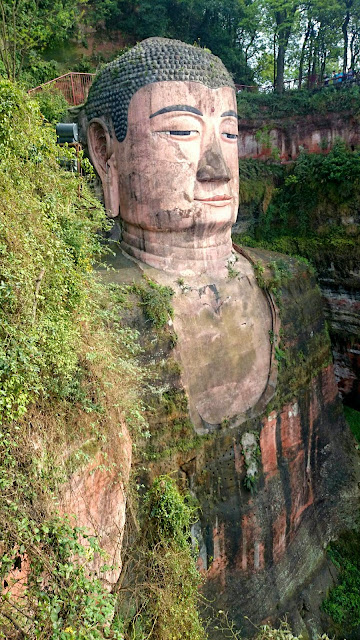 In the afternoon we headed towards the worlds biggest Buddha. I wouldn't like to drive in Chengdu - there is often four lanes, but the way cars drive would suggest that lanes aren't compulsory. How we didn't have several accidents is beyond me! However, the drive was worth it. The surrounding area of the Buddha was beautiful with many temples and koi ponds. Unfortunately, we were unable to make it to the bottom to get a picture of the whole Buddha due to the huge queues surrounding him! Our tour guide, Jim, gave us an excellent story of why and how the statue was built and the commitment the monk showed to get it completed. 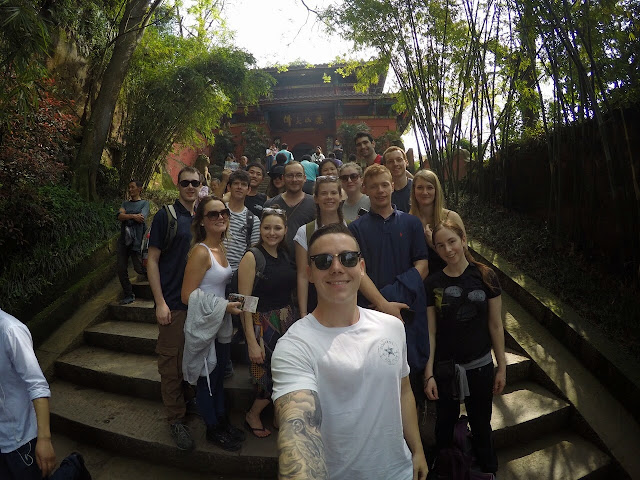 In the evening, we played Jims card game of farmers, werewolves, witches and prophecies. The game was surprisingly fun, even though I was killed every time! Following this, we went to a western bar in central Chengdu - Jellyfish. The whole group came and it was nice to spend some downtime with everyone!

The following day we all had hangovers, so our touristy tour of the city didn't begin until 12pm. We started the tour at a beautiful Monestry with loads if little alley ways and secret corridors which allowed you to get lost in the complex. I also found the world's biggest frog which was about 25-30cm in length! Our next stop was the statue if Mao, China's most recognized leader. Surrounding the statue was a large open recreational space that was guarded by at least 25 police officers! We were not able to not on the grass or even lie down on benches. 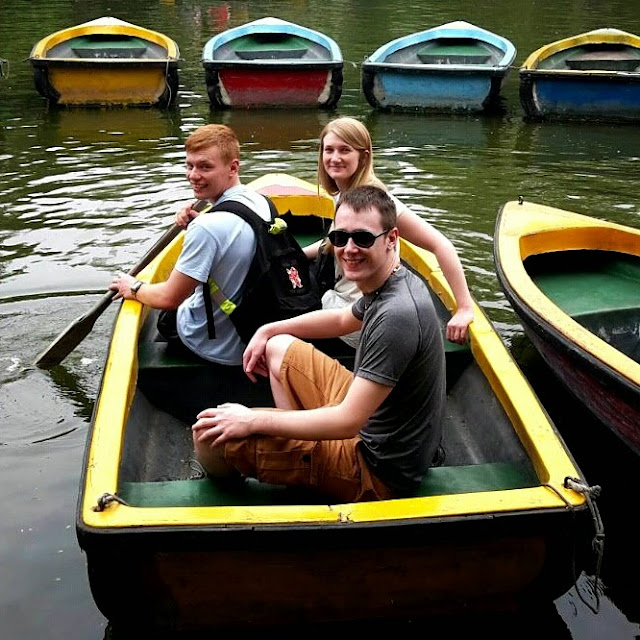 Following this, we went to the People's Park. This was, without doubt, my favourite part of Chengdu. When you travel to places, you often have a predefined view of what it will be like before you arrive. This park destroyed every single one of them and was such a contrast to the area surrounding the Mao statue. After we walked past the initial entrance we could hear music. There was at least 50 Chinese couples dancing to it! It was beautiful to behold, with many old couples waltzing and many dancing to choreographed routines. People here were genuinely free and having fun. However, the park got crazier the closer you got to the centre! Several events were happening at once - each competing to have the loudest music. Several karaoke machines were set up with Chinese people screaming the lyrics to be heard. 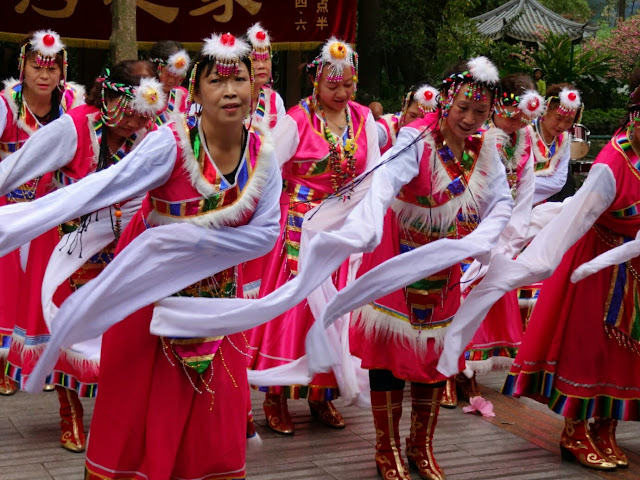 Next to this was a fashion show with a makeshift red carpet. The old ladies in the show were strutting and posing and taking their choreographed routine very seriously. Around the corner was a dance show, with people dressed up as native Indians. People were clapping and cheering when the routine was completed. In an open space we found lots of people playing badminton and writing on the floor with a viscous fluid. When we headed to the outer sections of the park, we found the tea gardens! People sit down with a cup of loose tea and a huge container of hot water, then they play card games, board games or just talk. The atmosphere of the park is still found in the garden, but in a more relaxed and social setting.

The next train journey is only 15 hours, hopefully the being 10 hours less, the trip will go much quicker.
By Unknown
Email ThisBlogThis!Share to TwitterShare to FacebookShare to Pinterest