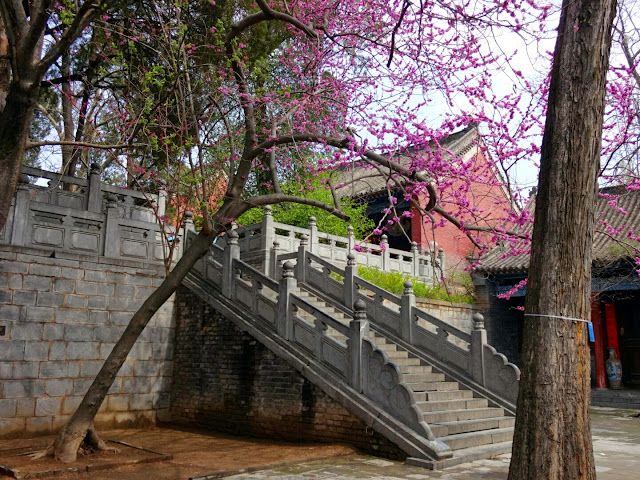 Shaolin is the most rural place that we have visited during this trip (even if I thought it would be Yangshuo). The guest house we were staying in is effectively in a big field, this was quite a shock for many of the city goers on the tour! Not only is Shaolin the most rural place we visit, but it is also the poorest. In China the poverty line is decided by families that earn less than $1.25 a day, which is crazy! 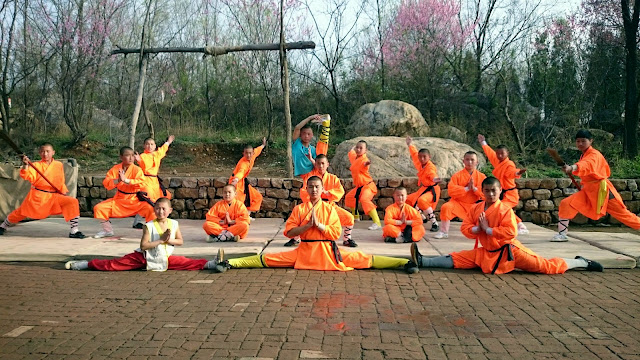 In the afternoon we went to an orphanage where the children train in Kung-Fu and become Monks. Although the town itself is used to tourists, I don't think the orphanage was - the children seemed really excited to be able to show off their Kung-Fu skills. Some of the more awesome performances included popping a balloon through a pane of glass and balancing on a sword. The children then invited us to learn a Kung-Fu routine! 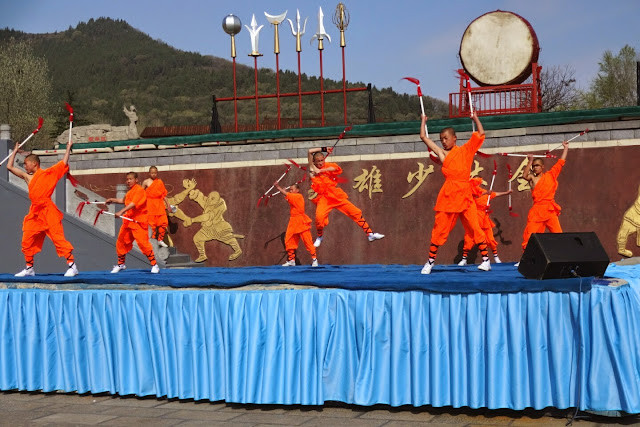 The first time we tried, the grand master kept correcting our positions - leading to an awkward situation of holding deep squats! I had a monk helping me that was really helpful, showing me where to hold my arms. However, Matt had an evil little monk who kept kicking his legs out, making him squat lower! We did get better at the routine as we kept practicing it, but something tells me we won't be Kung-Fu experts anytime soon! 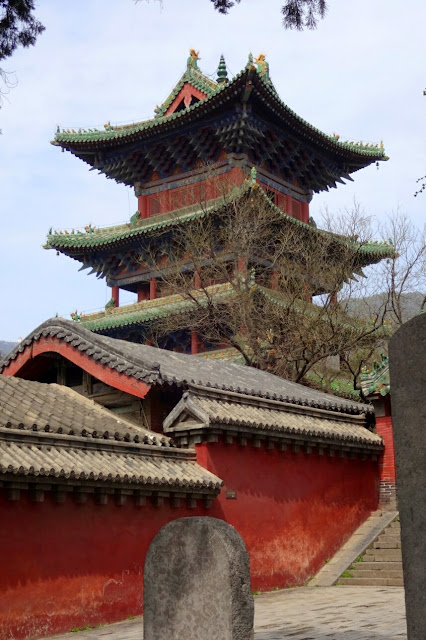 The next day we went to the Shaolin Temple (the real reason we came to this town). Two of the monks from the day before came to guide us around the temple - one of which was my helper monk! The temple was very tourist orientated, with many acrobatic Kung-Fu displays for us to watch as we headed towards the main attraction. The shows were definately more acrobatic than Kung-Fu! When we finally reached the Shaolin Temple we were quite disappointed. In my mind it was going to be like the temple from Kung-Fu Panda, where you have to climb thousands of steps to reach the temple just visible in the distance. The true temple could not have been further than my imagination. The Temple was redeemed slightly by still retaining original features, such as Ming Dynasty flooring that was dented from years of Kung-Fu training. 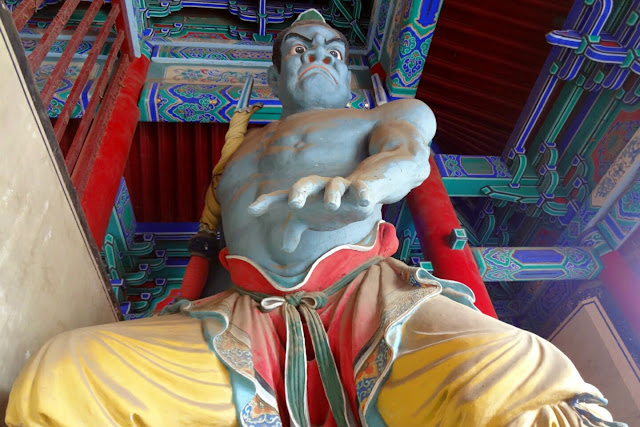 Another main attraction of the Shaolin Temple complex was the Cave of Dharma. A monk (Dharma) once meditated for nine years at this cave and founded Zen Buddhism and The Shaolin Temple. This is where I finally got to complete my climb - it was hard work in the heat and I definitely felt it in my legs. The view from the top of the mountain was beautiful and made the entire day worthwhile. It was particularly nice when we reached the bottom to see just how high we had climbed.

On our way out of the complex we finally got a grasp if how important the Shaolin Temple is for Monks training in Kung-Fu. There must have been in excess of 1000 people training in the courtyards. The Temple itself is in partnership with 6 Kung-fu schools, but schools from all over China will go there to train. We even saw some girl monks! 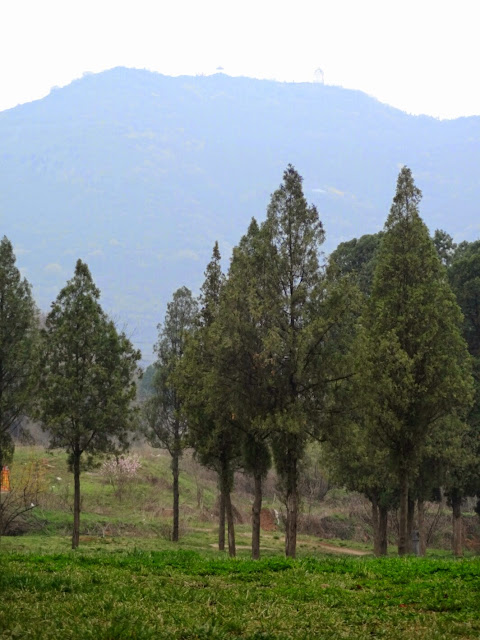